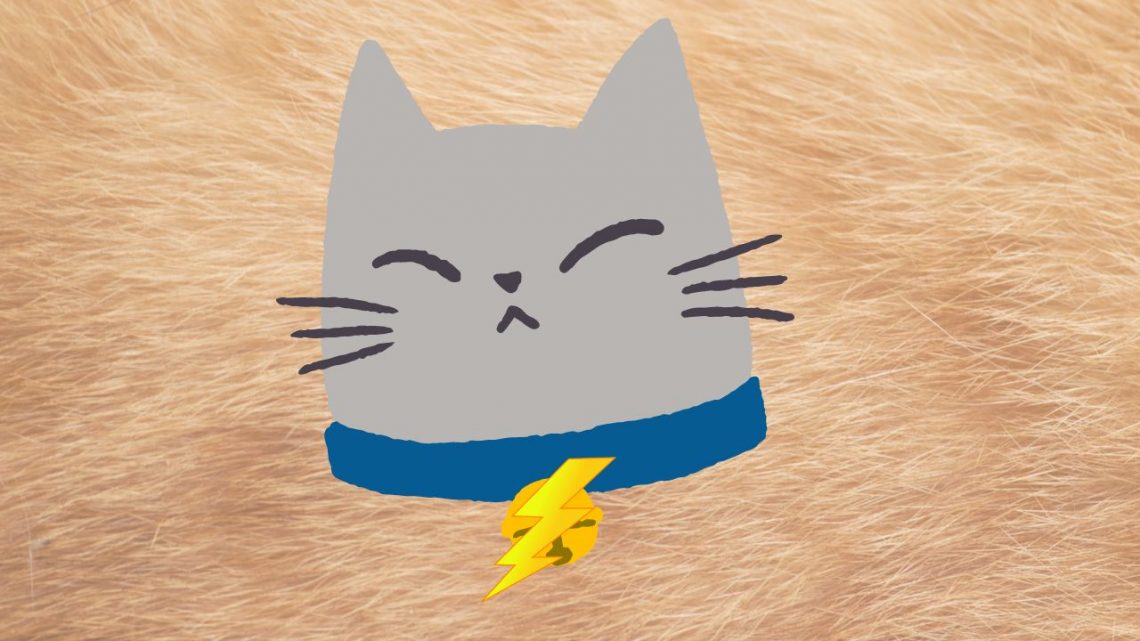 Everybody adores a lovable cat, but not everyone can control their cat to stay in a safe space or to be well-behaved towards people and other pets. Cats often get into trouble due to their curious and aggressive nature.

What is a Cat Shock Collar?

A shock collar is a training device to discourage aggressive behavior and keep them from going to areas they should not go. A shock collar is also called a remote training collar or electronic collar. It looks like a regular pet collar with a tiny box attached.

There are plenty of shock collars for cats in the market, which come in different looks.

I used a shock collar for my cat to train her to stay in our yard. I chose a collar with adjustable correction methods to modify the settings and only use as minimal as possible.

How Does Cat Shock Collar Function?

This device delivers an electrical stimulation or vibration of different intensities and duration to the cat’s neck to shock it. A shock collar has two prongs on one side that goes through the cat’s fur and reach its skin. The strength and duration of the shock are pre-programmed or set.

Shock collars are designed to teach your cat to associate the unpleasant feeling with unwanted behavior preventing them from repeating it. The shock is triggered when the cat crosses an invisible electronic fence or when triggered by its owner with the remote control.

Owners can deliver a shock at the press of a button. It is usually used to stop the cat’s unwanted behavior, such as aggression toward other people or animals. Most shock collars come with a remote control.

Cat invisible fences are also electronically wired fences buried underground at the property’s perimeter. It is usually used to keep your cat within the boundaries of your yard or space so that they do not wander around, encounter any unfortunate accidents on the road, or worse, get lost. It sends signals to the shock collar when it comes in close contact with it.

Shock collars enable you to signal your cat when you use the remote control to give it a gentle shock. Some cat owners use shock collars as it allows them to get the cat’s attention even if they are standing far from it. Shock collars also work even if you are not around as long as you have invisible electronic fences in place.

There are shock collars made specifically for cats. There are varieties to choose from, including water-resistant ones. It is highly advisable to use a shock collar made for cats.

The training process using these unique collars can be quite challenging for cats. It took me some effort and time to train my cat to utilize this collar. So far, I have gotten good results.

Do Cats Respond to Shock Collars?

Using a shock collar is a subject of controversy, and most cat lovers see it as a form of torture and animal abuse. Despite the controversy surrounding shock collars, there are a few reasons previously mentioned why some might still choose to use them.

The use of shock collars alone to train your cats is not adequate. Positive reinforcement should still be given to your cat whenever it does something good or correct. 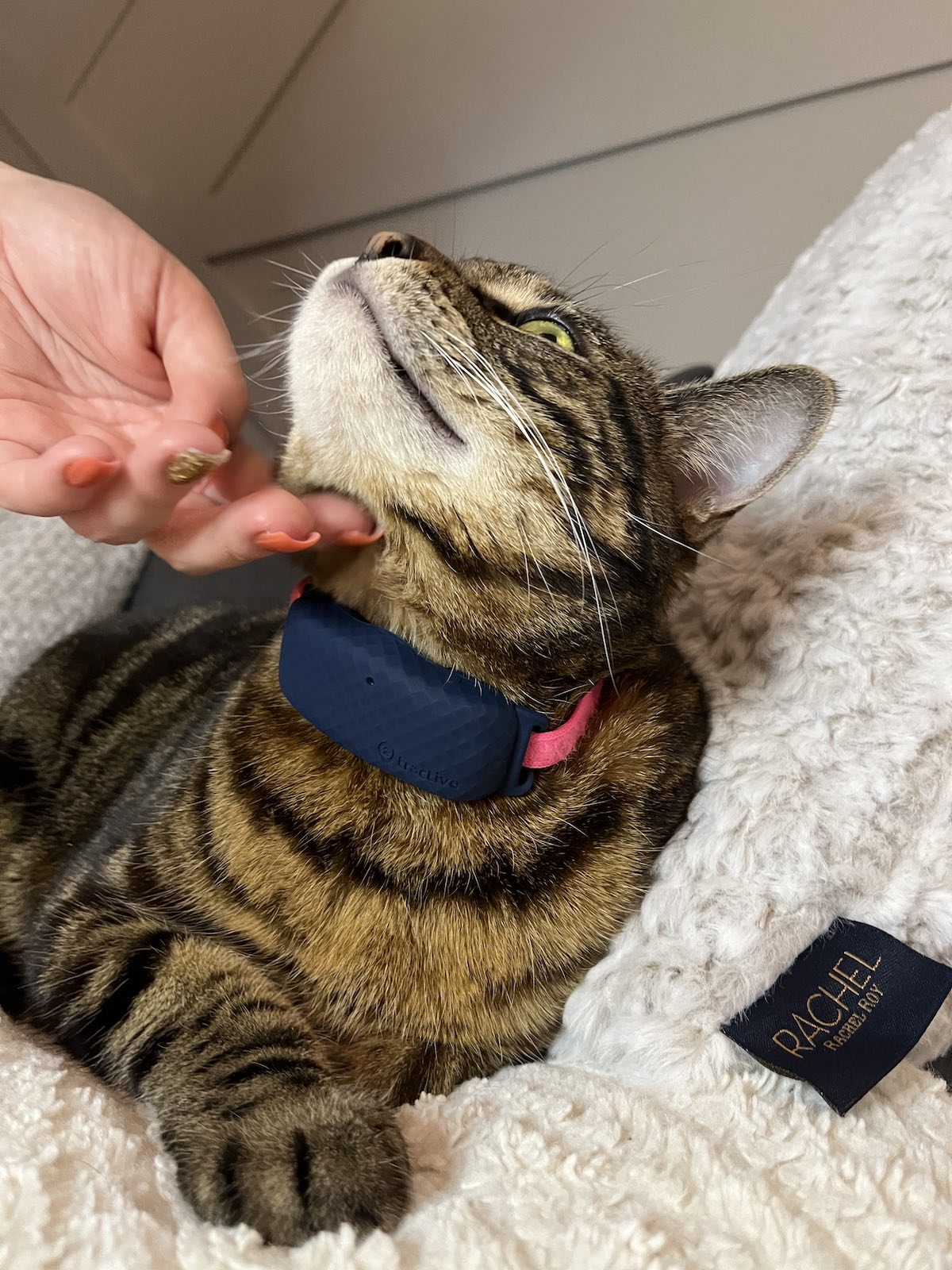 Cats react differently with the use of shock collars. Some cats respond well, and the desired effect is achieved. However, some cats react with anxiety, confusion, stress, and fear. This behavior can further cause your cats to show more aggression instead of controlling it.

Shock collars may also cause your cats to be inactive and too careful of their actions, primarily if a shock collar is used without other training methods.

After using a shock collar on my cat and combining it with positive reinforcement, I successfully taught her not to pass over my set boundaries.

Can Cats Safely Use Shock Collars?

Shock collars are considered safe if used correctly. However, they can also harm your cat if the intensity of the shock is a bit too much. This method of sending a shock to a cat to control its behavior is considered inhumane as it is believed to be causing unacceptable and unnecessary harm and discomfort.

Shock collars are also not advisable for cats with cardiovascular diseases or those with issues with the nervous system.

Shock collars are not recommended for long-term use and should be discontinued once the desired behavior is achieved.

Most veterinarians agree that using shock collars is cruel and do not recommend them. It is also seen as the least effective way to modify your cat’s behavior. Although shock collars are not illegal in some states in America, it is banned in several other countries, namely England, Scotland, Whales, Germany, Portugal, Denmark, and Australia.

Using a shock collar is usually the last resort when the owner believes that they have done everything and still no other training method worked for their cats.

You must choose a safe cat collar that cannot harm your felines. Shock collars do not guarantee you will get your cat’s desired result and behavior. Although you can set the intensity of the shock, the collar will produce, most shock collars still carries up to 6000 volts which can seriously hurt your cat.

If you are worried about using shock cat collars, there are other more practical and gentle training methods and precautions you can place for the benefit of your cat.